At a game development conference some years ago, I attended a talk about running studios.  The speaker was Gordon Walton, my good friend and frequent boss.  I cornered him during the Q&A section and asked him how to be a good manager.  His immediate deadpan response was, "Hire well and get the hell out of their way!"  Gordon has hired numerous effective teams and run several successful studios.  Needless to say, the statement has stuck in my head ever since.

He followed that with another zinger: "I hire people because they're smarter than me at what they do."  Although not the same statement, there is a connection: attitude.

I was working at Retro Studios, back when it was a brand new company.  It was growing like a weed.  We were wooing lots of brilliant people away from other parts of the industry to Austin.  While talking with one of the producers that had been there longer than most (Bill Money, perhaps?), the topic swung around to the changes in company structure.  I lamented that becoming a medium-sized company comes with more intermediate layers of management and less control over the final products.  He said, "I only hope our level of authority matches our responsibility."  That insight is crucial to understanding the appropriate and inappropriate limitations of an individual's role within an organization.

On the Delusion of Competence

Here's a great article on the Dunning-Kruger effect, which you may have heard of. If not, check it out.  (I shamelessly copied their image, so I might as well link to them.)

The upshot is that most people think they know a lot about... well... everything.  The reality is that most people know a lot about one thing.  When you hire someone, you're accepting the fact that the person filling a role on your team is farther up the Slope of Enlightenment than you are in some relatively specific discipline or skill.  Only an ego maniac hires employees (underlings) simply because they don't have time to do everything better themselves.  If that sounds like you, please stop hiring people and get some therapy.

Unfortunately, most people are sitting at the top of Mt. Stupid, not knowing how little they know.  Some of these people are hiring managers.  And are blissfully unaware that there is a such thing as a Dunning-Kruger effect.  The devil is that awareness alone does not induce humility.  It's easy to assume you are at the Plateau of Sustainability, in a self-serving act of sheer denial.  It takes some soul-searching and awareness of ego to climb down from Mt. Stupid, which is unrelated to intelligence.

On the Challenge of Team Building

There is a 5-step process that teams go through.  It's called Tuckman's Ladder.  Though generally progressing in-order, sometimes teams slip backward a step, or get wedged and never move forward.

The process is pretty logical.  You meet people for the first time and offer each person the respect you give a stranger.  After a while, you find conflict with ideas, roles, established processes, decisions that were made; boundaries are tested to see what control can be gained.  After the boundaries are reinforced by management and the disputes are resolved, the team begins to gel.  Now everyone is on the same page, each person trusts the abilities and function of other team members and can finally be very productive.  The final phase is adjourning, and is when roles get shuffled.  In the games industry this typically happens when a product is shipped or a team is let go.  Changing the team restarts the process, which is why team modifications are so incredibly disruptive.

On the Challenge of Remote Team Building

Tuckman's Ladder is a great example of psychology in teamwork being able to recognize and describe a phenomenon that is experienced by people unconsciously, and thereby make the unconscious conscious and the inevitable conflicts and resolution predictable.  However, Tuckman's Ladder was a description of on-site team dynamics.

In my opinion and personal experience, when you are working with remote teams, Tuckman's Ladder applies pairwise between each person on the team.  This is why team building is significantly harder to do remotely.  The relationships between individual team members may be stuck at different stages according to their personal interactions (or lack thereof).  Keep that in mind when integrating remote team members: isolation has a tangible effect on productivity and is worth addressing.

It's common for remote teams to have in-person meetings for several days to try to establish a core team identity.  Among others, Red Hat has done a lot of experimentation to bridge the loneliness of remote work.  With my own teams, a weekly happy hour where everyone hops on a video call and has a couple of drinks has proven effective as a socializing mechanism (but keep it social--don't talk about work).

I believe there are three major Functions of Leadership that are the primary duties of a manager.

Though it is possible to develop products where leadership fails to perform these functions, the work is more personally taxing, the team is less willing to go the extra mile, and there are human bottlenecks.  These are the seeds of failure stories, where people hate coming to work for months on end, but trudge on anyway because of loyalty to individuals (not the team or management).  These are the situations where employees hold a grudge for life after feeling neglected, abused, picked on, or overlooked.  A failure in leadership carries grave consequences not just for the company, but for the people that live with the frustration, anger, and depression of being unheard and marginalized.

On the Art of Demoralization

The formula for demoralizing your team is simple.  Pick one or two and you have drama.  Pick five, and you have dysfunction.  Do them all, and you're this guy:

Taking the sum of all parts, let's enumerate the 18 sure-fire ways to crush the morale of employees at all levels and guarantee disharmony.  In no time, you'll create an atmosphere where work loses meaning and tempers flare.

There you have it!  For what it's worth, the above is comprised entirely of actions I've personally witnessed over decades of working on teams, both on-site and remote.  My hope is that by writing them down, these behaviors will be easier to recognize as anti-patterns.  Maybe some will see their old (or current) boss in here and nod along, hoping for change.  Maybe some will see themselves and make a change for the better.  Rest assured, though, there is no way to delicately suggest leadership training without risking your job.

Setting up your own secure private registry is easy, but there are a lot of options and blind alleys. Here's a quick walkthrough to get it done. 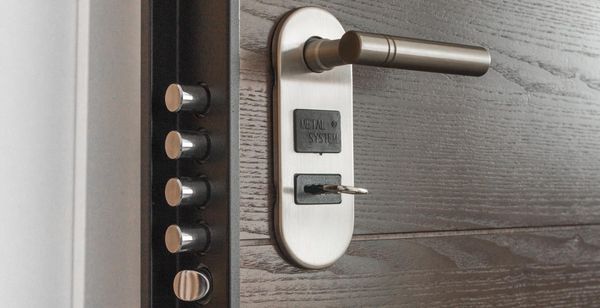 The likelihood someone else has done exactly what you are trying to do is slim. Today, I'm sharing a slightly challenging setup and hoping it helps the community.