Working in the games industry has its share of perks.  One is that people generally want to see what you do, and talk about it, because video games are perceived as "exciting work".  It's really not, 80% of the time.  But I guess that's 20% better than many jobs.  Consequently, over the summer, there are frequently school teachers who want to visit the studio and hang out for a day or two and absorb some cool factor that will hopefully carry them a little farther with their students.

Let me state, also, that several different teachers from different schools came and spent the day and of them all, only one asked a great question.  Lots asked "What do you do here?" or "What advice can you give for blah blah blah?" and so forth.  Those are typical questions without teeth.  But one asked a critical series of questions, one of which I had to actually pause and consider before answering.  They were...

How did you get your start in the industry?

Notice, it was not how can someone else get started.  How I got started is not generally how someone goes about it today.  That was 25 years ago.  This is now.  My story probably isn't going to be your story.  I had been coding for 10 years as a kid, teaching myself everything as I went.  With 8-bit computers, we were very close to the hardware and the CPU was a few keystrokes away from 100% under my control.  It was easy to learn a lot in an afternoon, and almost all the software that my computer ran, I wrote.  By the time I entered college, I had as much or more practical experience as most of my professors.  No joke.  That was unusual even in my day; these days, however, I don't think you can learn as much as quickly with modern computers--there's a lot slowing your education down.

So when I applied for an internship at a game company--Origin Systems, actually--they offered me a full time position.  I was semi-qualified as a programmer, but underqualified as a teammate, employee, and professional.  They did allow me to learn on the job, as was typical in those days.  Most people in games jobs were crazy savants with unusual talent and, more frequently than not, came with some personality issues due to youth and inexperience.

How did you stay in the games industry all these years?

Great question.  A lot of people don't.  Or can't.  Or find easier jobs.  Believe it or not, working in video games is incredibly taxing personally, in terms of free time which frequently takes its toll on relationships.  In general, working in games is not going to pay as well as working in other industries hiring for the same talent.  I like to say that part of the benefits package of working on games is enjoying your work.  I remind myself of this whenever I'm stunned at how much money students straight out of school think they will be paid.  Not making games, they won't.

Staying relevant is also challenging.  Every six or seven years, a new generation of hardware comes out.  The faster hardware requires new techniques, new languages, new tools, new processes, new engines, new shaders, new data structures, new thread management, etc.  Programmers have to be reading constantly to know what's coming, find personal time to try some of these out without jeopardizing the product schedule, stay in touch with folks who are on the cutting edge and keep an ear to the ground about the new tech that doesn't work as well as advertised... sometimes avoiding bad decisions is more important than adopting the new shiny immediately.

Artists have to be able to produce faster, better, cheaper, constantly.  They are necessary and talented, but with globalization and outsourcing, it is growing easier every year to hire folks around the world who have lower costs of living and a desire to make fewer American dollars that go farther in their country than they do locally in America.  I still believe artists are absolutely necessary to be on your team in-house, but a good fraction of work can be done externally and simply improved and integrated by the trusted and talented artists in the building.  So, the nature of working as an artist has changed dramatically over the years, and a lot have washed out along the way.

Qualified designers are still critically in demand.  But there are like, maybe, 6 different specializations of designers today when once there was just the Engineer/Designer?  Relatively few jobs exist where one person writes dialogue, implements gameplay trigger scripts, builds paper maps and converts them to graybox 3D, tunes combat scenarios, balances loot table drops, or creates monetization strategies to increase revenue.  These are all different kinds of designers today, each with specialized knowledge.  Folks who used to be designers back then tend to run companies today, because they know how all these things work (from a distance, now).  Or left the industry when one of the many game companies went bust.

As an aside: I mentioned at the top, qualified designers are in demand.  There are huge numbers of people looking to make video games, and of all the positions available, Designer is the squishiest.  Most folks can't design games, even if they play the hell out of them, and even if they love the idea of making them.  Creativity isn't enough.  It's an intersection of product sensibilities, taste, creativity, tech savvy, and vision, all of which needs to come together with strong organizational skills and communication ability to get the ideas across.  Most people, even currently employed as designers, aren't good designers.  The ones that are, though, are amazing.  But the constant throng of folks looking to be a designer artificially pushes the pay scales down for designers, and because the market will bear it, a lot of great game designers leave the industry to get paid well elsewhere.  It's just a fact.

So, my answer to the question was simple.  I love learning.  I learn because I enjoy it, and most jobs don't offer me as many learning opportunities as making games.  I left the industry once, and they were the 9 most boring months of my life.  There are constantly lots of problems to solve in games, and despite the years of experience I have, there are always new ones to work on.  Staying in the games industry, for me, hasn't been any less of an effort than for anyone else, but my personality traits fit with the rapid change and tumultuousness of the industry.

What would you tell yourself 20 years ago, if you could?

This was the best question of all, which made me pause.  After careful deliberation, I said, simply, "People matter."  The relationships you build, even as a fledgling in your field, will stick with you for the rest of your life.  People matter.  It is impossible to describe how many times I work with the same people over and over again, in different roles and companies and in changing circumstances, but the one thing that is constant is the people.  Industries don't radically change personnel as quickly as the companies themselves come and go.  These are your peers.  Your friends, enemies, whatever you make of them.  You will see them over and over again, and they indirectly will define your career for you.

I kid you not: one of the hard-working young men who was on the QA team on my very first video game in the industry, Wing Commander 4, was just promoted to President of Blizzard Entertainment.  We all grow up to be somebody else.

I'm also not a saint.  When I say I wish I could tell myself that 20 years ago, it would be for me to start practicing people skills sooner.  The "how to treat people" lesson is simple.  Everyone deserves your respect, dignity, and honesty, reserve judgement, be willing to ask for clarification, don't pretend to understand something you don't, and be willing to accept that we are all fallible and mistakes will be made by you as well as others.  When it's your turn, own it, apologize if appropriate, and do better next time.  Another mantra I say to myself often is: People are usually doing their best.  You can't retract a mean comment any more than you can unbreak an egg, and it doesn't serve anyone anyway.  With that in mind, it's easier to be kind in tense situations.

What would you say, if someone asked you that same question?

Basic steps to get Linux running as a practically native Windows system. 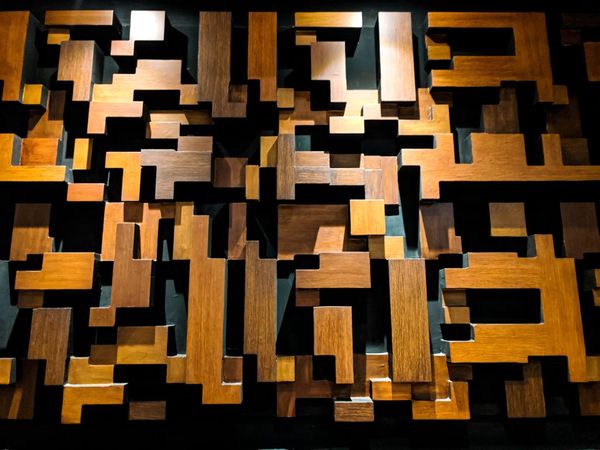 Pontificating about the art world having developed universal phrases and lingo to impart understanding, but software really hasn't.