A dear friend of mine contacted me recently, asking for help to fill a role at a fantastic company.  He was asking less about help finding the specific person, more about out how to tune the interview and job posting to target the best person for the job.  I agreed to help, and took a few moments to read over the job posting.  After my jaw hit the floor, it took a while longer to compose my thoughts.  I gave my best answer on how to make the job look interesting to a candidate, then realized that the reasons I felt so struck was that bad jobs often start with bad job postings.  Let's unpack that a bit.

When I say that job titles matter, it's not in a competitive way--but rather that a title will appeal to a certain kind of person that is familiar with such jobs.  Everyone knows the next job up their career ladder.  If you want to get a strong candidate, you need to offer a position that is naturally along the career path for someone with the skills and experience being hired.  Otherwise, your really cool job will remain empty because people you want aren't searching for your job.

Also, if the title is extremely narrow-focused then the applicant pool will be small.  All hiring decisions should be made based on hiring smart, adaptable people with the right background to take on the task, come what may, rather than experts who have one trick in their bag.

Serve the Early Out

As soon as someone sees the job title is one they want, the next thing they do is look for actual requirements the company has for the successful applicant.  Make this easy to find, and preferably right up near the title.  Burying the requirements two pages down a job posting may lose you some qualified applicants because some people actually read what you write, and decide it's not worth reading 5 minutes of mumbo jumbo praising your company before they find out they are not a match.  Job search is very much like speed dating.  Gut check first, deep conversation second.

With any job posting, there will be a strict superset of qualifications that the employer would like to get from a good hire.  It's an open secret that a strong applicant will not have them all, otherwise why would they want this job?  There's no career growth there.  But a job posting that has a set of skills and expectations that would take 10-15 years to amass should also come with a requirement that the applicant have 8+ years of experience.  When I see a posting with asks for extremely wide ranging skills, but only wants 3-5 years of experience, my eyes go wide.  That's an indication the employer has no idea what those skills are, will accept virtually anyone with familiarity with some small portion of the technologies involved, or worse, has not really internally decided who they want to hire but won't have pay commensurate with experience.

So many job postings only speak to the things the applicant brings to the table.  Sometimes, they also mention what responsibilities the job entails.  Rarely, however, does a job posting actually suggest explicit authority over the responsibilities for which a new hire must navigate.  How would you like to take a job where you were responsible for the quality of a team's work, but you lack authority to change the composition of the team?  For every responsibility, there should be a level of authority that allows control over the situation for an applicant.  Without that, a job can turn into a meat grinder of frustration where business objectives cannot be met, people end up failing at their jobs, and companies eventually lose products or whole divisions, simply because the folks impacted by problems have no ability to enact necessary change.

While crafting a great job posting, make certain that the responsibilities and authority vested in that position is reasonable for the years of experience required.  For example, if a successful candidate will be required to make critical technical decisions, review and give feedback to external parties, or manage the schedules of personnel, each of which implies a certain skill that takes years to develop, I go rigid when the job allows for a person in a very junior capacity to apply.  Why would a self-aware person want to take a job that has that much responsibility, in an organization which would be happy to place such a heavy burden on a clearly inexperienced individual?  And how many other positions in that company are currently staffed by inadequately skilled people, some of whom you'll be interacting with on a daily basis?  No thanks.  Know what you're asking for and be honest about your expectations.

When Fishing, Remember to Bait the Hook

Engineers in particular like to solve problems.  Good ones are lifelong learners.  The best know what problems they would like to tackle, and have some idea of the technologies just outside their comfort zone.  A job posting that gives requirements that are vague statements without listing any technologies is a huge red flag.  The good engineers want to know they are going to work with some technologies line up with their own expertise, and a couple that don't.  If some of the tech is undecided, say so, but also list a few options under consideration, and if the applicant's voice will be part of the decision-making process.  But if none of the technology is decided, the only title that you should be hiring for is CTO or Senior Architect, because every other person you bring aboard runs the risk of being alienated and frustrated that they are a poor match for the organization's needs.

Clarify the Role Within the Company

It is common for multiple stakeholders to open a job requisition.  A really great practice is to come up with a list of responsibilities this person will have throughout a typical year.  Include all stakeholders in this exercise, and be as specific as possible.  Once a definitive list is reached, have each stakeholder give a simple percentage of time spent doing each task, separately.  Have a meeting to discuss and refine the time ratios for the job, as this is the clearest description of the ideal applicant to satisfy the needs of the organization.  This also informs the interview rubric and which applicant skills are requirements versus recommendations.  It is much worse to post a vague job, hoping someone will come rescue the organization for a multitude of woes.  If someone actually applies, they are almost certainly not going to be the well-grounded types you need to solve such problems.

This is a bit of an overstatement, but the truth is, if someone wants to work for your company primarily because you work on Star Wars or World of Warcraft or have great catered lunches, don't hire them.  Great engineers want to solve problems, and you have to offer them opportunities to move the needle and contribute in a meaningful way as a force multiplier to the team and company.  As proud as you may be about your company culture and multitude of cush benefits, if you put this first in the job posting, you're more strongly appealing to people who are attracted to this.  So move it to the bottom.  It's very important and you're right to be proud of the company you keep, but realize that this is icing on an already delicious cake.  It is not the cake.

Following curiosity instead of providing value is not virtue. 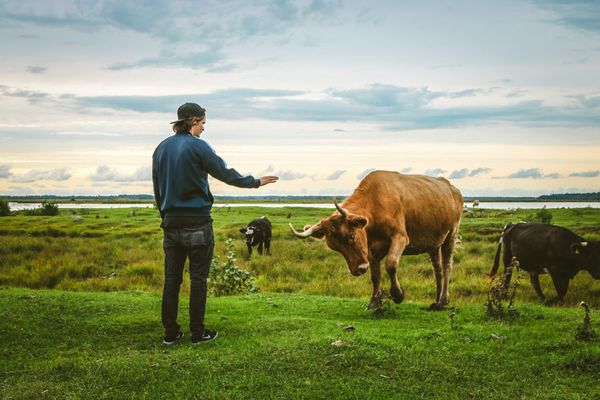 Learnings from setting up MAAS, plus steps on how to configure bare metal servers to network boot RancherOS.