With two kids in a nationally ranked high school, I see and remember what it was like to go to school and not really try.  Both of my kids are smart and capable, and when they are excited about something, they dig really, really deep.  The rest of the time, they just do what they have to for a passing grade and will work hard enough to pass.  Most of their friends do too.  Some are more motivated than others, but I think by and large that is a force coming from their parents, or if the students themselves are highly competitive by nature.  I'm highly competitive myself, but in high school I was less motivated to do well in school because the topics I was already digging deep in (software engineering) were outside the scope of what could be taught at a high school level.  But today, the motivator for great grades is not "to be smart", it's "to go to college".  These days, college isn't the foolish draw for every student as it was in the 80's-2000's.  Lots of kids are learning the truth: higher education can't promise much more than debt unless you have the certain talents that lead to degrees in areas with jobs; trade schools are a great option for their future.

Note, I come back to the word motivation fairly often.  As a game designer, I believe strongly in the subtle psychology of action and inaction, where small changes to a system can have large effects on behavior.  The difficult part is predicting what the behaviors will be.

On a recent roadtrip to Tennessee, we stopped in Shreveport to visit with family and spend a couple of hours wandering through the casinos.  I find it fascinating how streamlined gambling has become in the past twenty five years.

In 1995, you would go up to the token machine and pump in cash, and out came a ton of tokens valued at $0.25 each, which you would carry around in large plastic cups, and feed into slot machines one, two, or three at a time.  Every time you would pull the handle, you would either win a multiple of your bet, or lose it all.  Hence the nickname One Armed Bandit.  You could actually tell how active the casino was based solely on the clinking sound of tokens falling into metal pans or plastic cups.

Over the years, the slot machines progressively became smarter and had digital innards to remember how many tokens you have, and discovered the stickiness of investment.  They also realized that people are impatient, and found ways to get them to start playing quicker, play faster, and cash out faster so you aren't blocking the machine for someone else who might want to play.  They also realized that people are inherently unmotivated, and discovered the token scheme alone caused some people not to gamble because you had to find a machine to cash-in before you could feed the machines your hard-earned cash.  But they learned something even more crucial.  Read on.

In 2019, now you walk straight up to a slot machine and feed it cash (or a cash-out receipt from another machine).  The game keeps count of your money in exact change, not tokens.  You press a button to multiply up or down your bet in whole numbers (1x, 2x, 5x, 10x, etc), and it plays immediately, displaying your new total on the screen.  The whole spin transaction is completed in just two or three seconds.  The decision to cash out is a couple of taps and out prints a cash-out receipt that can be fed into any machine to continue.  Very streamlined!  And a little disappointing, to tell the truth, but I'm not much of a gambler.

Wait, I promised something crucial.  Let me deliver, then.

The most amazing discovery I found walking these casino floors is that virtually every machine calls itself a Penny Slot now.  That used to be the cheapest of all machines, and payouts were similarly poor.  These are the places where people would flock to play all day on relatively small sums of money, and were considered good entertainment without risking your rent.  So why call them all Penny Slots?  Because the gaming industry figured out the secret to motivation is reducing the failure cases to weak successes.

This seems obvious, but it took decades to figure out that subtle actions are demotivators, and scoring systems actually control user behavior in (hindsight-) predictable ways.  Now, you wager $0.01 on 25 separate bets (lines), and when you win, your winnings are multipliers against the winning bets ($0.01).  Not all bets will win on a given spin.  For example, you might win 10 out of 25 bets, which gives you $0.10 while you just spent $0.25 to play.  You feel like a winner because you only lost $0.15!  It's crazy, but as you are losing money gradually while watching you win almost every spin, it never really occurs to you to stop, because you're always winning.  Sneaky.

All these are optimizations to decrease friction... to increase motivation to continue playing, and increase the ease with which someone can start playing.

Ok, ok, so how does this in any way relate to education?  Let me tie it in with some simple game theory.  If you are a student, you take 6 classes a semester.  Each of those classes is worth 100 points on your final grade.  All you can do is wager you can keep those 100 points by finishing homework perfectly and delivering it on-time, taking tests and performing perfectly, and being present for all quizzes and participating in class at every opportunity, etc.  This is essentially the bargain the school district strikes with every student--they just don't realize it's rigged for failure, rather than promoting success.

You might say that grading is already soft success, because you don't have to be perfect to retain some part of the 100 points.  True, you can get a 75 in a class and still pass the class.  Strangely, grading works a little like penny slots already, where you win by only losing a little at a time, and you mitigate your losses just enough to pass the class.  Follow me?

What's broken is you cannot succeed past 100 points, and you can't cover your losses in one class with another's successes.  They are separate grading pools per class, and capped.  There is no way for you to win at school, only lose less.  In lay terms, school does not celebrate successes, it only penalizes failure.  Exactly the opposite of gambling, and exactly why school is demotivating.

Before I lose you entirely, think about it this way: In school, if you are expected to show mastery of many subjects, to a degree that makes you minimally functional in society's estimation, why are there grades at all?  Shouldn't there just be 'passing' and 'failing'?  That's all we require.

I'm not arguing for this, just pointing out that grading people already doesn't match the minimum requirements, so let's talk about why we have grading at all.  It's there to help differentiate students according to their strengths.  I don't know about you, but I was in several classes with wizards in those subjects and I managed to get grades in the high 90's and they got 100's.  In my subjects, I was the wizard, and they got 90's.  In no case could we get significantly more credit for our strengths, because the classes aren't measuring students in subjects, they are measuring the student within the limitations of the class itself.  There's nothing above or beyond the standard curriculum in the classroom to attain.

In Real Life, as grown ups we know that many of the classes we took in high school were nearly irrelevant to our everyday life.  Some we excelled at, others we squeaked by.  But the ones that we excelled at were indicators of where we should be spending our time learning.  Schools are not set up to encourage greater depth in subjects because they cannot express effort beyond the curriculum of the class being taught.  Imagine for a moment, if you had the ability to spend more time on Math and gain points enough to cover your failing Biology grades?  Imagine for a moment, if you had the physical prowess to get additional points in P.E. to cover your terrible Spanish tests?  Imagine if you naturally moved to your strengths because those points came easy, and did only what you could in subjects that did not.  That's called time/effort optimization, and it works.  It's what intelligent people do every day.

Guess what?  You can't.  Because schools aren't set up to let you excel in your strengths and do your best with your weaknesses.  It's one size fits all, and there's no intrinsic motivation for students to actually excel beyond the cap.  And I believe it's hurting everyone, because the students who stand to benefit are the ones who are not generally excellent, but have great strengths in one or two subjects that they can't tap into to demonstrate it.  And they come out looking like failures, when in reality, they are the specialists we need. 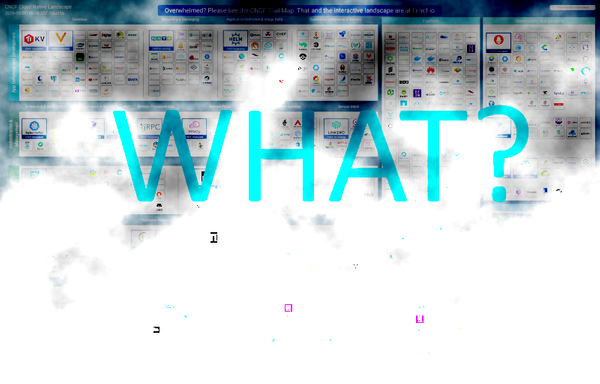 How to get get something running on Kubernetes in five minutes or less, quickly and easily.

Basic steps to get Linux running as a practically native Windows system.