I've worked in the video games industry a really long time.  The modern business model for game software (since about the 1990's) has changed at least three times and is about to undergo a fourth major change.  People don't like change, which is why you hear a lot of complaining from the current gaming crowd.  I would also point out that these changes are inevitable because market forces are causing each change, because it is optimizing for something that was inefficient previously.

Let's rapidly run through the previous business models of the games industry, so I can make my point.

That brings us to today.  Blockchain gaming is almost here.  It's promising to be disruptive--in the near future.  However, today, most gamers have no idea how to create a blockchain wallet or how to fund it.  The process is not incredibly easy or particularly rewarding, so you really have to want it to go through the trouble.  The biggest opportunity this affords is the ability for early adopters to get into products that may be the next World of Warcraft on the ground floor, before anyone else.  The reason this is compelling is the next major shift in gaming economics is something called Play To Earn (P2E).  Many studios are trying to figure out how to create a real living, breathing game economy that loses the candy coated artificialities that require players to permanently invest their time and energy into entries in closed databases run by the developers, where the value purely exists inside the confines a single player's account within the game.  Today, in most cases, players have no right or ability to trade or sell their accounts, often risking being banned from their favorite game because they want to cash out something they have earned by selling it to another player.  This is about to change.  But why?  And how?

The "why" is that P2E optimizes for the player's invested efforts and dramatically increases a game asset's residual value.  Forgive me for being flippant, but blockchain games, unlike traditional games, allow their players to "cash in their chips" anytime and not feel like it was a complete waste of time.  Gamers are used to playing for entertainment only.  I think that will continue for a lot of people, but the activity was always a complete loss except for the incredibly few that are making a living as streamers or pro gamers.  Going forward, I suspect it may be possible for many more to supplement their income with games.

As for "how", let's start with what won't work.  (Sadly, I think this is what most developers are doing.)  It's not gonna work if the game is a Ponzi scheme.  If the only way the economy stays afloat is if players who started last month are selling to new players this month, this is a recipe for failure the moment the DAU starts to dip, and ultimately the price of all the items falls dramatically as demand drops.

I've thought a lot about vibrant game economies, and what I've realized is that ownership is only a small part of the puzzle.  And it mirrors real life.  IRL, I have expensive things and cheap things, important things and unimportant things, things I worked hard to find and things you can find in any corner store.  Some things I need, some things I just want, and some things I would like to replace with a better version of itself someday.  I have a couple things other people will pay me to borrow.  I also have a couple things that are worth more to someone else than what I paid for, and I might be willing to part with.  All these classifications must be possible within a game for there to be any chance for a real economy.  And unlike most games (and I mean, seriously think about it--almost every game has "the perfect set of stuff to own"), my set of things and their classifications cannot all be the same as your set of things.

Since it mirrors the real world, why not take a minute and read what a real world economy that is in growth phase looks like?   A quick read here is a nice overview.  I would select the most poignant quote is long-run economic growth is an increase in an economy's productive capacity).  Finally, let's talk about productive capacity inside a game, who performs the activity, and who benefits:

I would note that a lot of games have Crafting.  Some have Trading, but generally only in the few games that have enough variety of player choice that not everyone experiences the same progression ramp.  As mentioned before, many games have Content Releases.  The great missing pieces of this puzzle are running a Business and having a Profit Flywheel.  Think about it: In real life, in places where people are free to decide what business they wanted to pursue, they are much more likely to achieve great success.  In real life, it's common for certain people to handle the upkeep on assets while others pay for short term use of it... such as taxi services, hotels, buses, restaurants, and airplanes.

Okay, with a list of activities that needs to exist, I also will put myself out there and suggest a set of properties that a growth economy (in a game) should exhibit.  These are just my opinions, but I think they work together to support existing players as well as new players, and are in service of all the above activities mentioned.

Taken as a whole, what I'm suggesting is that the things you do early in the life cycle of the game become less important as time goes on, in the same kind of way early advances in crops and industrialization created booms which eventually became busts, but that economic activity rarely disappears entirely.  Players need an incentive to use the items they have rather than save them, otherwise you have economic stagnation through deflation.  Items must slowly degrade over time, whether by being outmoded or actually damaged/made inoperative through use, driving a need for replacements, otherwise there is a very finite need for any item to be created, shutting down the need for crafting and trading.  In rare cases, though, a very specialized item in good condition may have an elite clientele willing to pay for it, much like the real world.  New types of items should also be introduced that replace old ones, perhaps more capable ones, i.e. a new pick axe may work at both silver and gold mines but compared to the old pick axe, produces slightly less per strike or needs to be sharpened more often.

If you've read this far, let me apologize for writing so many words.  Sorry.  I do think this topic is extremely important for the future of the games industry, and I truly believe that whoever gets it right first will likely be the dominant force in games in a couple of years.  I haven't seen anyone really lay out the blueprint for P2E games yet.  Don't get me started on the 'M' word.  Maybe that's a topic for a future tirade... 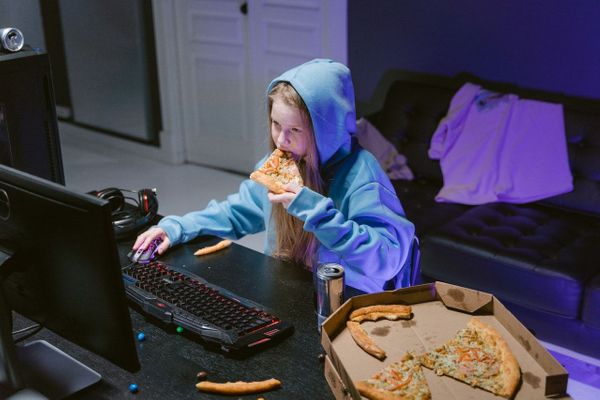